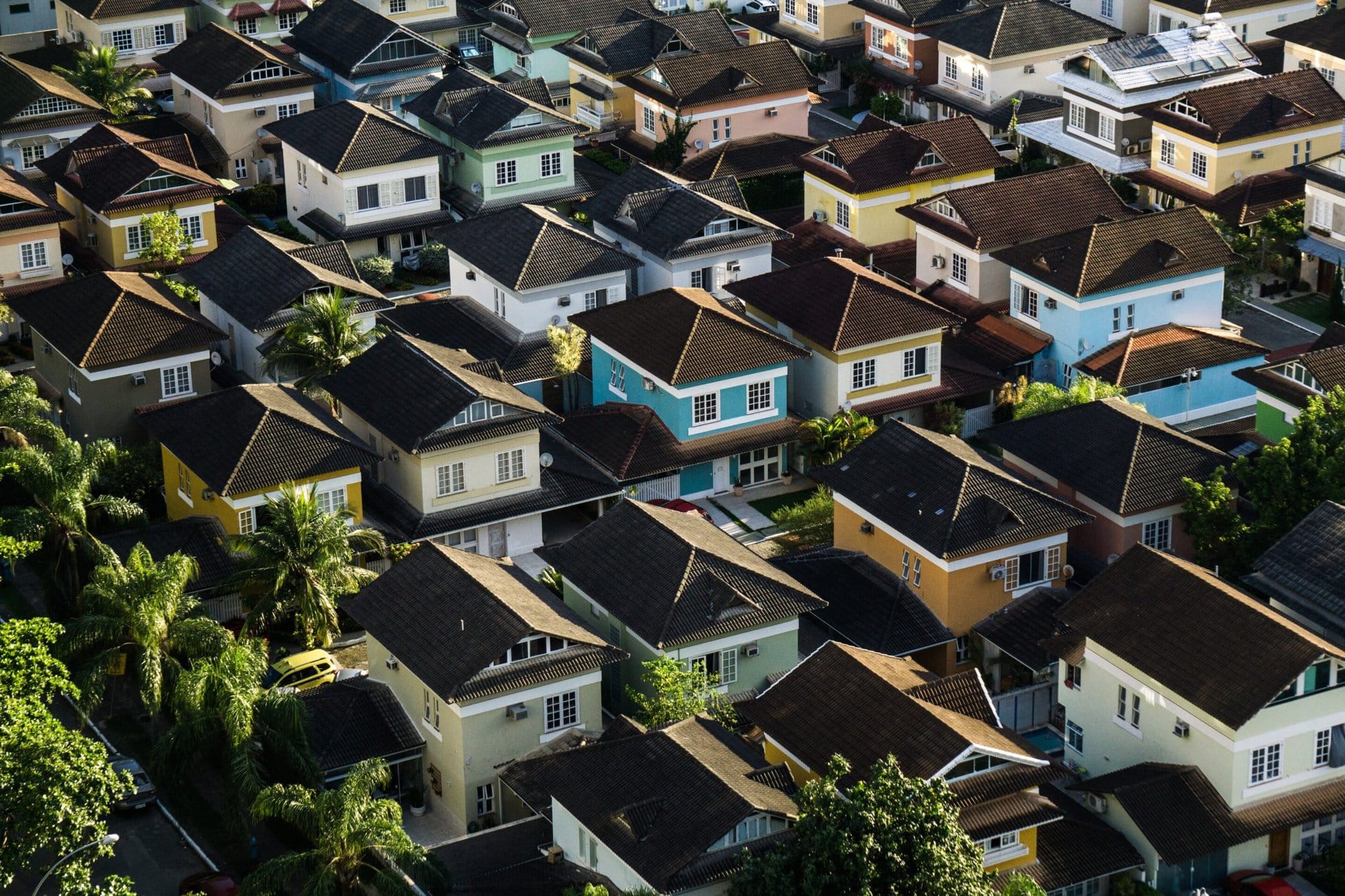 “Thank you to UK Finance for inviting me to speak today.

“I usually like to start these talks with reference to science.

“For example, yesterday’s global average atmospheric concentration of carbon dioxide was 409.4 parts per million, according to the Mauna Loa Observatory, down a bit from its annual peak in May as the Northern Hemisphere’s plants have blossomed and breathed in more CO2 during the summer. This year, when the annual peak was announced at 415.7 parts per million on 15th May it was the highest level in over three million years.

“We are filling up the atmosphere with planet warming greenhouse gases at a rate higher than at any time in the last 66 million years, according to the ice core data – we, humans are altering the climate 5,000 times faster than the most rapid natural warming episode in the planet’s past.

“Inertia built into climatic systems means there is a lag between rising CO2 concentrations and the impact on global temperatures. The full impact of carbon emissions today will not be felt for half a century. And let’s be clear on what those impacts could be – we are currently on a trajectory whereby global temperatures rising higher than three and a half or even four degrees above pre-industrial levels during this century is a statistical likelihood. Brexit may be dominating our conversations but let’s be clear, our actions, our investment decisions could trigger a hard exit from the Holocene – the stable environmental epoch that over the last 12,000 years has enabled human civilisation to flourish. Now that sets the bar on a disorderly exit.

“In their 2019 progress report, the UK’s Committee on Climate Change published their climate change risk assessment that predicts that due to the rising sea levels resulting from climate change up to 1.5m properties – including 1.2m residential homes – may be located in areas with an annual flood risk of once in 200 years or more by the 2080s. Around 8,900 properties are located in areas at risk from coastal erosion, this may increase to over 100,000 properties by the 2080s.

“Even within the context of 20- or 30-year mortgages, these timescales are beyond the planning horizons of banks and building societies, however, my message today is that we need to start incorporating climate risk into our decision making far, far sooner. Of the 17 record breaking rainfall months logged by the Met office since 1910, nine of them have happened in the last 19 years. Significant increases in coastal flood risk are projected to occur as early as the 2020s due to increases in storm frequency. According to the committee’s projections the number of residential properties exposed to annual flooding more frequently than once every 75 years, on average, is predicted to increase 20 percent by the 2020s under the scenario which gives a 4°C rise in global temperatures by the 2080s.

“And what of those inland homes subject to river flooding? A major study conducted by 50 scientists across Europe published in the prestigious scientific journal Nature this September has provided the clearest evidence yet that climate change affecting the severity of floods across Europe, concluding that north-western Europe will be most severely impacted with North England and southern Scotland the areas worst affected in Britain, suffering an 11 per cent increase in river flood levels per decade.

“About 12 per cent of the land in England is adjacent to a river or stream and these low-lying areas are more vulnerable to floods. In 2017, the government set a target to build 300,000 new homes a year by the mid-2020s, but approximately one in ten of all new homes are constructed in flood zones as there is limited space available outside of these areas. The Environment Agency warned as England’s population continues to grow, the total number of properties built on the floodplain will almost double by 2065 as the pressures on housing mean that considerations about increasing flood risk are not always a priority

“As these flooding risks become more prevalent due to climate change, in addition to traditional barriers and natural flood control techniques such as tree planting and no-till farming, we clearly need to be considering the robustness of our buildings, and transport networks. Using porous paving and green roofs, leaving room for water to flood from rivers, building floating homes and building on raised stilts – these are all possibilities that could be considered when building close to floodplains.

“These types of physical risks in the real economy clearly also pose a considerable risk to the financial services sector. This is why 50 of the world’s central banks, including the Bank of England, plus monetary authorities and international observers, have formed the rapidly growing Network for Greening the Financial system. They recognise that climate change represents the single greatest systemic risk to the stability of financial services and they are working together to explore and share best practice to mitigate the risk using all the supervisory and regulatory levers at their disposal to drive change – governance, capital adequacy and weighting, stress testing, disclosures, data provision and so on. We await their recommendations

“Forward thinking leaders will not delay in integrating climate change risk into their decision making. Datasets on flooding, subsidence, rising sea levels and other environmental factors already exist, held by insurers and surveyors and an increasing number of opportunistic startups. Recognising that none of us have been through this before, there is no monopoly of wisdom and the challenge for lenders is to prioritise the development of expertise both internally and through their partnerships so that they can keep oversight of any risks building up in the mortgage book and inform their lending policies and risk appetites.

“Climate change needs to become the default part of our thinking.

“To quote my dear friend and Chair of the Environment Agency, Emma Howard-Boyd:

“Those organisations that recognise what is going on will prosper. Whilst those who don’t will lose money. They will also lose investors and credibility. And probably far sooner than we may think.

“When thinking about my remarks today, in considering how climate change will impact the mortgage market, I had initially intended to discuss the opportunities presented by the global transition to zero carbon.

“Product innovations such as:

“Or I could have discussed the regulatory incentives for lending on energy efficient homes, possibly through the capital framework or through the FPC’s lending tools. These are all projects and initiatives which the Green Finance Institute has started to work on either with willing partners as part of our Coalition on Energy Efficient Buildings, where we would welcome new participants who bring innovative product ideas and a sense of urgency to our proposed demonstrator projects, or in our role on the steering committee for the Climate Finance Risk Forum chaired by the Bank of England.

“I think it’s important to keep emphasising that the zero-carbon economy represents the greatest investment opportunity of our generation for those who are bold enough to move beyond the transactions and business that they have previously understood and venture towards new opportunities that require new ways of thinking, and that in addition to adaptation and resilience for new climate extremes we must continue to focus on financing emissions reduction as a means to avoid the worst tail risks of climate breakdown.

“But then I became aware of a story that prompted me to change my key message here today.

“David Burt was a consultant at the US based Cornwall Capital, the firm that made about $80 million when it shorted the subprime mortgage market in the run up to the 2008 financial crisis. His firm featured in the ‘The Big Short’ by Michael Lewis and one of Burt’s colleagues was played by Brad Pitt in the movie adaptation, so clearly he needs no further credentials!

“Just as he did before the 2008 crash, Burt has recently quit his job and set up an investment vehicle, which this time aims to help clients manage climate risk, and, where possible, take advantage of ways the market has not yet priced in that risk. His first investment strategy is targeting residential mortgage-backed securities, RMBS, with exposure to climate hot spots like Texas and Florida.

“In a presentation to prospective clients he wrote:

“The market’s failure to integrate climate science with investment analysis has created a mis-pricing phenomenon that is possibly larger than the mortgage credit bubble of the mid-2000s.”

“He joins a small group of US investors who foresee an issue that starts with outdated US federal government flood maps, which are used to determine the premiums on government-sponsored home insurance policies. Outdated maps mean far fewer people are required to have flood insurance than are at risk. A University of Bristol estimate puts the number of Americans living in designated flood zones at three times the 13 million currently recorded.

“Between $60 billion to $100 billion worth of mortgages for U.S. coastal homes are issued each year.

“The economic losses and social disruption [of rising seas on coastal housing] may happen gradually, but they are likely to be greater in total than those experienced in the housing crisis and Great Recession.”

“The Federal Emergency Management Agency has said it aims to fix some of these problems with a major risk re-rating next year.

“The assumption by David Burt and those of a like mind is that the move will result in significant cost increases. That in turn will lead to home price declines and mortgage losses, leading to a market correction and an increase in volatility in RMBS prices.

“There are without question, mitigating and contrary arguments for the investment thesis above, resting as it does on an assumption of mis-pricing of risk due to climate change and the complexities of insurance and risk transfer.

“Those who foresaw the risk from underwater subprime mortgages are shifting their focus to the risk of homes sinking under water. They don’t consider the impact of climate on the mortgage market as a long-term risk, well beyond the immediate planning horizon, they talk of a market correction beginning within the next year.

“We can all choose how we respond to those that are raising the alarm. We can use our time and energy to counter their arguments, dismiss them, or we can decide that the time has already come to prioritise embedding science into our financial decision making and our mortgage market.

“Thank you for listening.” 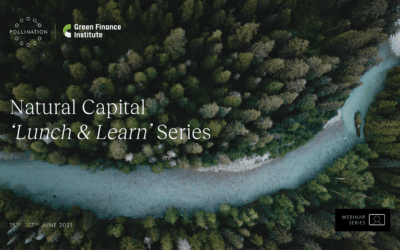 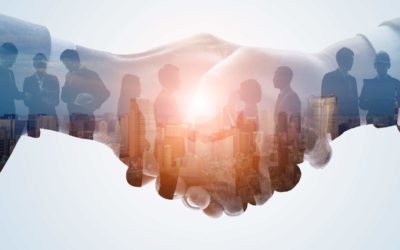 We are delighted to announce the launch of the Green Horizon Summit @COP26 (GHS@COP26), a hybrid platform to mobilize private finance in the transition to net zero. During the months leading up to COP26, and during the conference in Glasgow in November, GHS@COP26 will... 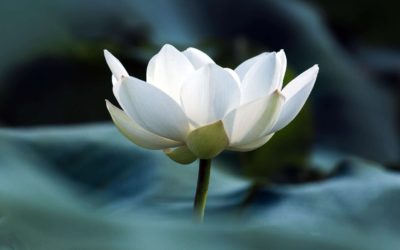 We are shocked and deeply saddened by the death of our Chairman, Sir Roger Gifford, who died from myeloma on 25 May. Sir Roger was instrumental in establishing the Green Finance Institute and stewarding our success over the last two years. His contribution to the...