Coastal areas are of major ecological and economic importance. Marine biodiversity is higher compared to the wider oceans and, for coastal communities such as those in the Philippines and Indonesia where up to 70% of the population live, most livelihoods depend on the coast.

However, unsustainable fishing practices now pose a severe threat to these ecosystems and communities. Some 34% of global fish stocks are now fished at biologically unsustainable levels, and wild capture fisheries struggle without sound regulatory frameworks and strong enforcement. 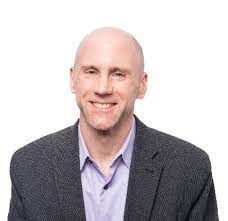 The Meloy Fund was established to address this threat by scaling up sustainable businesses that impact coastal ecosystems in Indonesia and the Philippines. The Fund invests in businesses along the value chain, such as seafood processing companies, aquaculture or mariculture farms, and relevant agricultural technologies. These have a ‘community margin’ impact that can either reduce costs or improve revenues for local fishery businesses.

Investees are experiencing the impact of over-fishing first-hand says Dale Galvin, CEO and Founder of Deliberate Capital, which manages the Meloy Fund on behalf of Fund sponsor Rare, a global conservation organization. “These family businesses knew they were fishing 10 times harder than their grandparents – and getting less fish,” he says.

The Meloy Fund launched in 2017 as an initiative of Rare’s Sustainable Markets Group and closed in 2018 with over $20 million. Its investor base consists of family offices, development banks, the Global Environment Facility, and foundations, among others.

The Fund offers debt and equity investments to businesses that meet three criteria:

The Fund focuses on businesses that are based in developing economies or markets, as it aims to keep the focus on coastal businesses that each directly benefit, or have the potential to benefit, 500-2,000 coastal fishers.

For investees, Veronica Yow, Impact Manager at the Fund, and Galvin say that the Fund’s offering meets a financial need, partially due to the limitations of local financing, but also from the debt/equity structures that the Fund can tailor to the businesses’ individual needs. It also launched a trade finance product during the pandemic, which has given investees flexibility as supply chains have been disrupted.

The Fund’s minimum investment size is $1 million, and the Fund also works with other investment firms, such as Althelia Sustainable Ocean Fund, on larger deals. It currently has nine investments in its portfolio, including Meliomar, its first investment in 2016:

Meliomar is a Philippines-based fishing, processing, and exporting business that, since Meloy’s investment, has sourced at least 400 tons of seafood annually from Fishery Improvement Projects (FIPs – see below). This investment has added on average $1.8m additional annual income to around 2,500 local fisherman and has moved 750,000 hectares of marine ecosystem towards improved management.

Through its process of selection and support for the investees, the Fund aims to remove or offset the broader fishing pressure itself. “It’s not enough for the business to change its behaviour – the oceans are a common pool resource and a reduction in fishing pressure by one actor can be quickly absorbed by another. Instead, we aim to create genuine additionality,” says Galvin.

Veronica Yow, Impact Manager at the Fund, says the Fund’s grant-funded Technical Assistance (TA) facility is key for this wider impact. The Fund first applies the IFC’s Performance Standards to categorize and identify environmental, social and governance risks during the due diligence process, as well as identifying the areas that need improvement to achieve the Fund’s key impact goals. This process results in a Corrective Action Plan for each investee, which forms the basis for the Fund to co-develop TA projects with the investee.

The TA facility typically starts by analysing the product that is being sourced, such as octopus or tuna, in terms of the state of the fish stock and governance level. It then looks at what additionality the TA Facility can create with the investee by transitioning to business practices that can improve coastal communities and ecosystems.

This work culminates in the Fishery Improvement Projects (FIPs), which include multi-stakeholder roadmaps to ensure fisheries recovery over time, and act as pathways towards achieving eco-labels like the Marine Stewardship Council (MSC) certification. The FIPs focus on wider engagement, including with the business’ suppliers on quality improvement and vessel pre-financing, as well as with the local government and related NGOs on fishery management.

Over its 10-year tenor, the Fund is projected to have a positive impact on the lives of 100,000 fisher household members, and place 1.2 million hectares of coastal habitats under improved practices.

Investees are required to self-report on bespoke metrics that are agreed at the outset, but operations and results are also verified with the local NGO bodies that the Fund works with, along with vessel tracking.

Yow remarks that recently the sustainability focused markets themselves are becoming more rigorous with their requirements. For instance, more markets are putting restrictions on the types of gear and the size of fish caught, which discourages juvenile fishing and keeps populations self-sustaining. This demand imperative, combined with the business imperative recognised by the investees, both help with ensuring impact.

Currently, Yow and her team are working on further defining their impact metrics at the outcome level and collecting data directly from end beneficiaries, such as fishers. This includes using the latest traceability technologies in this space to build on the Fund’s impact tracking capability.

Initially, Galvin remarks that it took effort to build momentum with investors as this was a “first-time fund in a first-time sector.” Potential investors had trouble understanding the theory of change and how a return could be realised. To address this, the Meloy team made their first investment in Meliomar in December 2016, with funding from a potential limited partner. Galvin remarks that this tangible example helped investors to see the Fund’s logic.

A later pivot required was in the organisational structure of the Fund. Originally, the Fund was wholly managed by a team with Rare, but in 2020 Galvin set up Deliberate Capital as a third-party fund manager, to give the Meloy Fund the full-time attention it required to optimize its return.  “There is a large and growing number of hybrid structures in the impact investing sector. In our case, for all stakeholders, it was clear that for a variety of reasons, creating Deliberate Capital was the best path forward for the Meloy Fund, and so far, that seems to be bearing out,” says Galvin.

The Meloy Fund has helped to prove that commercially viable returns are possible through investment in sustainable coastal communities and is currently working on a growth plan. The sector requires more capital, says Galvin, and there is potential to expand the geographic focus, include sub-sectors that impact coastlines in indirect ways, or target different types of investment needs. However, Deliberate Capital is keen that the focus remains on coastal communities and ecosystems, which the team believes have the greatest untapped potential for system change in the oceans.