Oceans are irreplaceable natural habitats and play a crucial role in carbon sequestration, while providing natural resources, jobs and food security for a much of the world’s population.

They are also under threat. According to the Food and Agriculture Organization of the United Nation’s 2020 report, The State of World Fisheries and Aquaculture, 93.8% of global fish stocks are either fully exploited or overfished. Meanwhile, millions of tonnes of plastic enter the oceans every year, 80% of which comes from the land, a problem that has been exacerbated by the estimated 129 billion facemasks and 65 billion gloves used every month during the global pandemic.

The Althelia Sustainable Ocean Fund (SOF), which completed its first close in June 2018 and its final close in May 2020, was set up to support a sustainable ocean economy. It is an impact fund that invests in predominantly emerging market enterprises and projects in three key areas – sustainable seafood, the circular economy and ocean conservation – to improve their sustainability and efficiency. It is an eight-year, closed end fund, which will end in June 2027.
The fund has a blended structure and has a $50 million Development Credit Authority facility with USAID. SOF provides loans, equity and quasi equity to enterprises and projects in its portfolio, and sometimes a mix of these, but the USAID facility guarantees up to 50% of the principal on eligible loans the fund extends throughout its portfolio. The fund’s private equity investors, half of which are development finance institutions and half of which are institutional investors, all equally benefit from this protection. 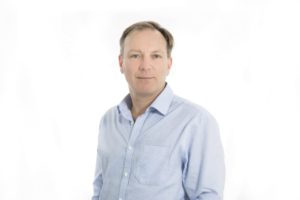 Simon Dent, principal of the SOF

That helped to get private institutional investors on board, according to Simon Dent, principal and director of blue investments at SOF, because back when the fund was being marketed in late 2017 and 2018, most investment in the ocean had come from grant-making bodies and private philanthropic foundations, he term ‘blue economy’ didn’t exist and impact investments to promote ocean sustainability – but also achieve a commercial return – were new and unique.

“We’d tell people we’re going to invest in the ocean and they would ask ‘how can you make investment on water?’ Really, we make investments on land to drive change in the oceans, but at first, investors didn’t understand that,” he says. “The USAID guarantee was very helpful in giving investors some comfort that there was an effective sovereign guarantee in place for certain investments.”

He points out that many development institutions at the time had had bad experiences funding aquaculture, so having strong cornerstone investors for the initial launch – the European Investment Bank, FMO, Axa Investment Managers and Inter-American Development Bank –was also crucial to the fund’s success.

To date, SOF has made eight investments across its three focus areas in Latin America and the Caribbean, Africa and Asia. Its 2020 investments include Plastic for Change, a FairTrade plastic recycling company based in India that enables brands to source recycled plastic from informal litter collectors, in particular those operating in coastal cities. Another is nextProtein in Tunisia, a company using agricultural and food processing waste to grow insect larvae, producing insect meal and insect oil as an alternative to fishmeal for the aquaculture, animal feed and pet food sectors. Two investments in UK-based firms Recycling Technologies and Safetynet Technologies were also made.

SOF was established in partnership with Conservational International and the Environmental Defence Fund to ensure that the fund’s direct investments uphold the highest environmental standards, and all of SOF’s portfolio projects and enterprises need to exhibit net positive impact to the ocean. According to SOF’s 2021 impact report, as of 2020, 50% of the enterprises it supports met sustainable certification standards and 303 jobs had been created or supported by the fund’s investments. Of those jobs, 34% are held by women.

The fund has some more aquaculture projects in Latin America and another one in Asia In the pipeline. “We look for private-side projects that have a strong impact story, a strong business plan and are also investable,” Dent says. Although the fund has invested in some early stage projects, it is now looking for more mature opportunities where projects and enterprises are already generating significant revenue.

The fund also works with local stakeholders and co-investors to create more impact. In 2021, for example, SOF invested in TASO, an NGO that manages the largest Marine Protected Area in Belize. A loan from SOF, combined with grant funding from the IUCN Blue Natural Capital Financing Facility, will enable TASO to generate the sustainable revenue from eco-tourism and small scale fisheries to fund its surveillance, management and conservation missions.

Whereas unsustainable fishing was and to some extent still is the biggest issue facing the ocean at the fund’s inception, now plastics in the ocean is a huge and growing problem, worsened by the amount of single-use plastics generated by the pandemic, and setting up marine protected areas has also become a big issue. “Some 70% of the world is ocean, but less than 4% or 5% has any meaningful protection,” says Dent. “As we go on, we find more issues were we can think about deploying capital.”

Dent thinks that the investing in ocean sustainability has also advanced a lot since SOF was launched. Whereas development institutions used to shy away from aquaculture, they now see it as a credible investment sector with compelling sustainability benefits, particularly in emerging markets. Over the last four years, more private equity impact funds have joined SOF investing in the blue economy, including Aqua-Spark in the Netherlands, Ocean 14 Capital in the UK and the Meloy Fund in the U.S..

At the same time, he believes there is still a lot to do to support sustainable oceans and lots of opportunity to make private-side investments, adding that even simple supply chain improvements, such as providing ice and proper transport to small-scale fisherman so that their catch doesn’t spoil, are all investable.

The investment barriers that remain are the same ones that often prevent small-scale, emerging market projects from attracting private equity: the fund’s investments are often early stage or semi mature enterprises that require a lot of hand holding and they often involve stakeholders at a national, regional, local and project level. “You have to manage all of that to get a credible investable transaction together,” says Dent, “but there’s much more time and effort devoted to trying to do deals in the blue economy now, which is great.”

1. “COVID-19 Pandemic Repercussions on the Use and Management of Plastics”, Environmental Science & Technology, 2020