Public and private developers are required by federal law in the U.S. to mitigate the impact of their projects to streams, wetlands and endangered species habitats.

Under the terms of the Clean Water Act and the Endangered Species Act, all developers of projects that involve draining, filling, or damaging wetlands for highway construction; real estate development; energy infrastructure; channelling or rerouting streams; or adversely affecting endangered species habitats must mitigate those impacts by restoring similar ecosystems to those damaged.Public and private developers are required by federal law in the U.S. to mitigate the impact of their projects to streams, wetlands and endangered species habitats.

Rather than undertake their own restoration efforts, developers are encouraged to buy mitigation credits from approved mitigation banks located in the same area, which can undertake restoration projects to repair damaged streams and restore wetlands and endangered species habitats on a much larger scale. This has been the case since 2008, when the U.S. Army Corps of Engineers adopted a rule that mitigation banks should be the first choice for developers that need to mitigate the impact of their projects.

Mitigation banks have been an investment strategy at The Lyme Timber Company since 2007. By investing in mitigation banks, Lyme Timber has restored and conserved streams, wetlands, and endangered species habitats throughout the U.S. The company purchases properties with the potential to offset wetland, stream, or endangered species impacts, has them permitted as mitigation banks, and restores them to their original ecological function, enabling the sale of credits.

Through its pooled private equity funds, Lyme Timber currently has 19 mitigation investments in its portfolio.

Most recently, The Lyme Conservation Opportunities Fund, which Lyme Timber launched in 2019 and has capital commitments of $50.4 million, had made seven mitigation investments. One of these, Crooked River wetland mitigation back in central Florida, has already been permitted, conserved and is generating credits. The State of Florida has designated Crooked River as a green swamp area of critical state concern.

The Lyme Conservation Opportunities Fund has also invested in a number of degraded properties which have yet to be conserved, where Lyme Timber will restore their ecological function and establish them as permitted stream and/or wetland mitigation banks in order to sell future credits. These include the Mustang Creek stream mitigation bank outside of Fort.Worth, Texas, which it purchased in 2020. The Mustang Creek mitigation bank will serve the rapidly developing Dallas‐Fort Worth metro area. 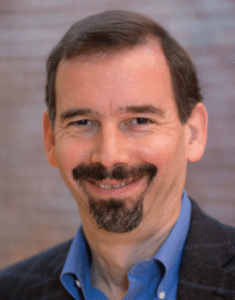 David Hoffer, president and managing director of Lyme Timber, says that mitigation banks do not account for a large portion of the company’s invested capital because Lyme deliberately focuses on modestly-sized mitigation opportunities. “We’re very selective about the investments that we make and we are gun shy about making large mitigation investments,” he says. “With large investments, we think it’s difficult to generate an acceptable return over the period of time that investors are willing to invest their capital.”

Hoffer says that the market for mitigation banks in the U.S. is still growing, but that it’s already a maturing market. He points out that the Clean Water Act has been in place since the 1970s and that it has been almost 15 years since the US Army Corps of Engineers determined that mitigation banks should be the first choice for developers that need to mitigate adverse impacts in the U.S. “The mitigation bank market has now been around for several decades, so I think has begun to stabilise,” he says. “I would say the market is still growing, but not exploding.”