To financially incentivise nature restoration, the market needs more data about the commercial value of the ecosystem services that stem from natural habitats, how these can be achieved, and over what time frame.

This is something that Jeremy Leggett, a former scientific director at Greenpeace and green entrepreneur, hopes to address with his latest project, Highlands Rewilding. 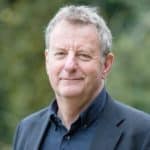 Since the sale of his solar panel company, Solarcentury, Leggett has bought two estates in the north of Scotland. In 2020, he bought the 1,200-acre Bunloit Estate near Loch Ness, a former private shooting estate. In 2021, Leggett bought the 860-acre Beldorney Estate in Aberdeenshire. Highlands Rewilding now owns 97% of the land at Beldorney and 66% of the land at Bunloit, and leases the rest of the Bunloit estate.

The objective on both estates is a rewilding project that restores nature, improves biodiversity, increases carbon sequestration and gathers and shares the data from that restoration work. It also aims to work with local communities and deliver benefits, providing jobs and accommodation on the estates.

Rewilding with a financial return

The rewilding projects will also provide a financial return to Highland Rewilding’s investors. So far, Leggett has raised £7.5 million of equity in the company’s first fundraising round from over 50 investors, including high net worth investors, family offices and one mutual fund. However, his plan for future funding rounds is to create a crowd funding model for retail investors, where the equity invested by everyday investors is matched by an equal amount of bank debt, backed by the value of the land.

While Leggett says that interest in natural capital is growing all the time, securing commercial bank debt and bringing retail investors into a rewilding project would be a first. “There isn’t any debt that I know of that’s gone into a fully commercial rewilding project, so that’s a massive market failure,” he says. “If we can also create a debt facility that grows in size as more ordinary citizens become co-owners of the land, then that would be something totally new. We’re trying to come up with a hybrid funding model that makes the most of ‘enlightened capitalism’, while going further than anyone has gone before in involving local communities and people in the ownership of assets and their operation,” he says.

Leggett’s current business plan requires Highlands Rewilding to raise a further £5 million over the next five years, which he hopes will come from a mix of bigger private investors, retail investors and bank debt.  He comments “some of the numbers in the plan are little more than educated guesswork, because there’s no policy regime for biodiversity uplift credits in Scotland yet. However, if our numbers are correct, we can break even in five years with another £5 million or thereabouts. And that’s less than what we’ve raised already.”

Leggett says that, because Highlands Rewilding already has a group of patient investors that believe in its mission, it has no intention of selling any carbon or biodiversity credits for five years. Instead, the company will use the intervening time to determine the measurable, verifiable increases in carbon and biodiversity on the estate with the view that that selling those increases will become economically viable in that time frame. In order for a new system of economic rewards for biodiversity enhancement to come to fruition in Scotland, he says that all stakeholders have to believe in the validity and the accuracy of the data.

Highlands Rewilding began by working with a network of contractors, scientific researchers and universities to quantify the baseline of biodiversity and carbon on the Bunloit estate. It has been doing this manually, as well as through satellite and drone surveys. By measuring the thickness of the peat bog on the estate, for example, it discovered that the peat, which only covers 13.7% of the estate, contained up to 10 times more carbon than in all of its woodlands. In 2021, it published its first report, The Natural Capital of Bunloit, at COP26.

Now that it has developed a methodology, the company also hopes to collect the baseline data for other landowners interested in monetising their natural capital. In returns, they would pays a small minority of the eventual revenues from the sale of biodiversity and carbon credits.

It also plans to bring in revenue by hosting corporate nature recovery retreats. “We’re going to offer middle and high level corporate executives the chance to have an immersive week on the frontiers of natural capital at Bunloit, learning from the faculty and world class scientist working here. That’s not only good business, that’s a good educational service,” remarks Leggett.

Eventually, with the addition of more investors, Leggett’s plan is for Highlands Rewilding to buy and rewild more tracts of land. He is hopeful that the example of Highlands Rewilding will help to make the case that the economic rewards for land management should go to those landowners who protect nature, not those who pursue harmful environmental practice