Protecting at-risk working forests, which supply timber, while providing jobs and community benefits, is a significant challenge in the United States. According to The Conservation Fund (TCF), which protects America’s land and water resources, 37 million acres of privately held forests in the U.S. will be at high risk of fragmentation and development over the next 30 years as they are sold. Some five million acres of those forests have exceptional conservation value.

For the last decade, the TCF has been tackling this issue through its Working Forest Fund® (WFF), dedicated to the permanent conservation of working forests. In that time, the WFF and its affiliates have successfully acquired over 750,000 acres of critical working forests, mitigating climate change, strengthening rural economies and protecting natural ecosystems.

TCF partners with other organizations that have an interest in the permanent conservation of these landscapes, such as state and federal conservation agencies, and acts as an interim owner to provide time for easements or land sales to protect the working forest in perpetuity.

Initially, the WFF was funded with $200 million of grants and low-interest loans from foundations and state agencies, but TCF needed to tap private capital to obtain enough financing to conserve the five million acres of forest with exceptional conservation value coming up for sale over the next 10 years.

TCF considered raising a private equity fund, which would provide the long-term funding it needed, but it could not meet the market return requirements of private equity investors. It also considered new program-related loans from foundations, which typically have very low return expectations, but found that the pool of available capital was still small at that time.

A revolving credit facility, private debt placement or private syndicated loan were also options and would all have lower returns than a private equity fund, but might require restrictive covenants and TCF forests being used as collateral. They would also involve a small number of investors and require limited marketing, whereas TCF wanted to use its fundraising opportunity to share the WFF’s mission with the world.

The first green bond of its kind
Instead, TCF decided to issue a green bond, the first to conserve working forests in the U.S.. A public debt offering would allow TCF to attract many more investors and use its bond prospectus to explain its economic sustainability and its conservation goals across the financial community. 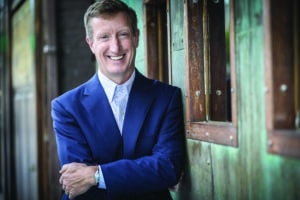 To ensure the interest rate would be affordable, TCF hired a rating agency to assign a confidential preliminary credit rating. With no comparable issuers and credit rating methodology, the outcome was uncertain, but John Gilbert, executive vice president and chief financial officer of TCF, had previously managed dozens of debut bond offerings while working at JPMorgan. He says that making a strong management team presentation to the rating agency was critical to explain the TCF’s unique business model.The strategy paid off, and armed with a strong confidential preliminary rating, TCF selected Goldman Sachs to run the bond offering. TCF eventually settled for a $100 million to $150 million ten-year bond offering, which could be adapted based on market conditions.

Preparing the prospectus was daunting, because most non-profits never handle this level of disclosure, but TCF saw the prospectus as an opportunity to create a document that would explain its operations and strategy to all of its partners.

On August 21, 2019, Moody’s assigned The Conservation Fund’s $150 million bond offering with an A3 rating, based on TCF’s strong governance and management, its government, non-profit and private sector relationships, its forest assets, and its rigorous review process for land acquisition.

During its investor roadshow, impact and ESG fund managers were enthusiastic about the tangible economic and conservation benefits the bond’s proceeds would create.
“The bond’s proceeds were going to directly fund conservation projects that would not have happened without this money, and investors would be able to see the direct conservation outcomes achieved,” says Gilbert. “That’s a statement that few other green bond issuers can make, because if you have the strong investment grade rating necessary to do a green bond, you generally don’t need the money. We did.”

Another big plus was TCF’s sustainable conservation model, because TCF could pay the interest and principal on the bond directly from the revenue it makes when reselling forests, and from the sale of sustainable timber, fishing and hunting permits, and carbon credits from forests that it owns. The final $150 million, 10-year bond offering was oversubscribed 2.5 times and priced at 3.47%.

With its green bond, TCF diversified its funding, tapped mainstream institutional investment, and achieved its marketing goals. Coverage of the green bond offering raised TCF’s profile across numerous media outlets and throughout the financial and philanthropic sector.

In May 2021, for example, TCF used its bond proceeds to purchase 6,154 acres of land along the Altamaha River in Georgia, known as Beards Creek Forest, to restore wildlife habitats for rare and endangered species, including the gopher tortoise, help to mitigate climate change, and preserve the forest’s working timberlands.

TCF’s ability to blend bond proceeds with other sources of capital has enabled it to leverage bond proceeds to protect even more forests. In October 2021, for example, TCF used bond proceeds and a loan from the Richard King Mellon Foundation to purchase 70,000 acres of forestland in northern Wisconsin, the largest privately owned, unprotected block of forest remaining in the state.
TCF has begun to redeploy some bond proceeds used for its initial round of investments into a second slate of new projects in 2021 and to reinvest all the bond’s proceeds more than once, if possible, before the bond’s maturity.

TCF’s successful green bond issue, its clear use of the proceeds and its impact metric reporting make it well positioned to issue another bond. However, Gilbert says that although TCF is considering refinancing its bond when it becomes due, it is not going to tap the bond market further until it can grow its net assets or equity base. “We’re encouraged that there’s healthy demand for a new deal, both from investors and banks that would like to underwrite it, but we have enough leverage on our balance sheet for now” he says.

TCF’s bond has also created a model for the forest conservation industry and other environmental non-profits to come to the market, but there are still barriers to overcome. The impact metrics data that investors require can be difficult to identify and expensive to collect. Unlike TCF, many non-profits have no capital markets experience.

Most critically, only investment-grade-rated bond entities issuing bonds of $500 million and above have access to the cheapest, most flexible funds in the institutional bond market, when most non-profits need far less funding and don’t have high ratings. “If you are below investment grade, the cost of capital and the scrutiny the market puts you under is really tough,” says Gilbert. “We certainly hope our bond will serve as a good precedent for others, but the institutional market currently cannot cater for organizations much smaller than ours.”